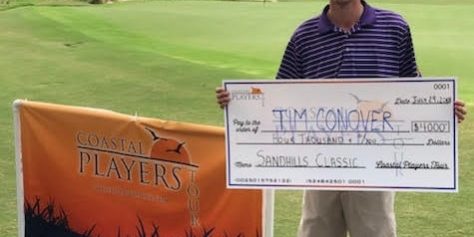 Tim Conover fired a blistering 64 on Sunday for a 2 day total of 135 (-7) to claim a 2 shot victory over Zach Seabolt (-5) who shot the official course record at Dormie Club of 63.  Great playing Tim and Zach!!!  This was Tim’s first professional victory.  In the amateur division, Jay Jay Howard claimed his third victory of the season, beating Sumner Tate on the first hole of a sudden death playoff.  Thanks to all competitors and the staff at Dormie Club for making the Sandhills Classic an outstanding event.  Next up is the 2nd major of the year at River Landing (River Course).  We hope to see everyone there! 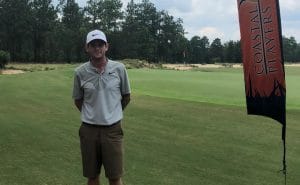